Are You Being Served? Wiki
Register
Don't have an account?
Sign In
Advertisement
in: Characters, Mr hurman, Mr. Rumbold

In all the years that Are You Being Served? (AYBS?) originally aired, Mr Rumbold, department manager for Ladies' and Gent's Clothing at Grace Brothers, went through a string of numerous, young, and good-looking female secretaries. Unfortunately, as this was England in the 1970's and 1980's, nearly all the secretaries were portrayed as being the typical ditzy young pretty bird. The resultant portrayal of female secretaries may not have been accurate but they certainly were hilarious.

An interesting thing to note is that while constantly surrounded by these various beauties, Mr. Rumbold remained faithful to his rather plain wife. Quite a contrast from Captain Peacock, who would try to charm everyone from women in Novelty Candles to women in Soft Furnishings, not to mention Rumbold's secretaries! It has been mentioned that Mr Rumbold's platonic attitude to his secretaries is a result of his general cluelessness. 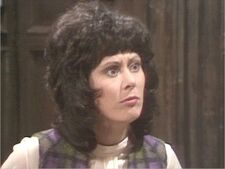 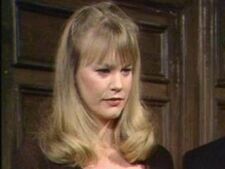 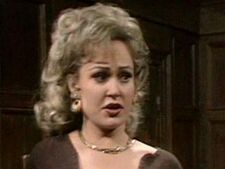 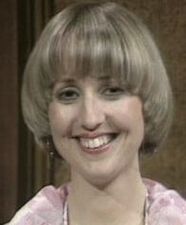 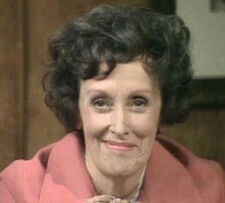 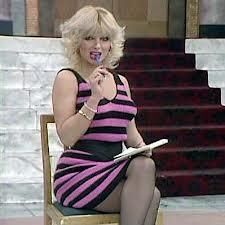 Secretary #3: Miss Thorpe Tall, pretty, and ditzy; was stalked by a man one day before coming to work. Files most things under "A" - "a letter, a sales report, a customer's complaint..." Appears in: 1975, "German Week," "Shoulder to Shoulder," "New Look."

Secretary #4: Nameless Is credited as Isabella Rye. Very tall, pretty and busty, with a sexy/deep voice; former secretary to "Young" Mr. Grace but transferred to Rumbold cause her good looks gave Mr. Grace a heart attack. Not a ditz like most of Rumbold's secretaries. Appears in: 1976, "Forward Mr. Grainger."

Secretary #5: Monica Hazlewood Was incorrectly suspected of having an affair with Captain Peacock because they were more than friendly, and then when they spent the night together in his car, rumors began to fly and both Mrs. Peacock and Miss Hazlewood's father are pissed. The commotion is such that "Young" Mr. Grace holds a board meeting to solve the problem. Miss Hazlewood called off her wedding at Captain Peacock's advice that she was too young, and later regretted her decision, since her fiance "was so good-lookin', and now he's got nobody." Appears in: 1976, "Oh What a Tangled Web."

Secretary #6: Mrs. Peacock In one episode only ("A Personal Problem" - 1981), she temporarily becomes Rumbold's secretary in a successful attempt to save her marriage to Captain Peacock. Appears in: 1976, "Oh What a Tangled Web"; 1981, "A Personal Problem"; 1983, "The Sweet Smell of Success." A different actress, Diana Lambert, plays Mrs. Peacock in 1984 in "Grounds for Divorce" and "Friends and Neighbors."

Secretary #7: Miss B. Belfridge A Marilyn Monroe type of a blonde beauty, she acts very ditzy but has an O level in English literature. She is charmed by Captain Peacock when she first comes to Grace Brothers and ends up having a relationship with him. Appears in: 1983, all episodes; 1984, all episodes.