Are You Being Served? is a British sitcom broadcast from 1972 to 1985. It was set in the ladies' and gentlemen's clothing departments of Grace Brothers, a large, fictional London department store. It was written mainly by Jeremy Lloyd and David Croft, with contributions by Michael Knowles and John Chapman. The idea for the show came from Lloyd's brief period in the early 1950s working at Simpsons of Piccadilly, a clothing store which traded for over 60 years until 1999.[1]

The inspiration for the store has also been credited to Rossiters of Paignton department store from the time Lloyd and Croft spent there,[2] and the former Clements of Watford. 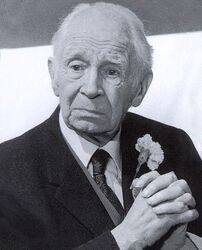 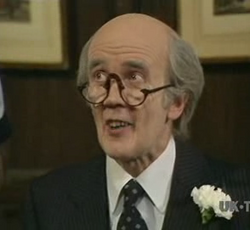 The Grace brothers, Young Mr. Grace (Harold Bennett) and Old Mr. Grace (Kenneth Waller), were the old-fashioned owners of the store. Both were old but loved young, curvaceous women. They both treated their employees with respect and encouragement, hence Young Mr. Grace's catch phrase, "You've all done very well!" However, they were terminally naive to the fact that Grace Brothers was in its declining years. Despite the wealth of the family, they were somewhat stingy with money. Young Mr. Grace started off as a fish salesman before inheriting the store from an uncle. Old Mr. Grace remained an unseen character until series eight, and there was a recurring joke for many years where, upon seeing Young Mr. Grace for the first time, someone would ask in surprise (usually Mr. Lucas), "That's Young Mr. Grace?" The other person always replied, "Old Mr. Grace doesn't get about much these days." Ironically, when he finally did appear in the show, Kenneth Waller (as Old Mr. Grace) was actually a couple of decades younger than Harold Bennett (as Young Mr. Grace). None of the Graces appeared in series nine or the final series, ten, but Old Mr. Grace was mentioned several times. In Grace and Favour Young Mr. Grace has died after a scuba-diving holiday.